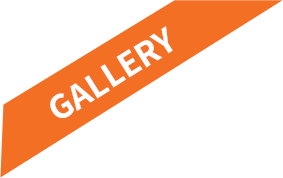 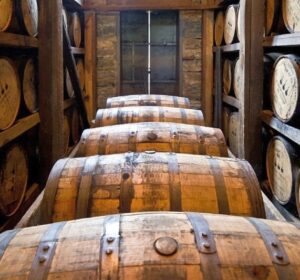 With Daniel Zahavi-Asa of “Jews Drinking Scotch” and Rabbi Menahem Fogel.
There are kosher whisky tours and there’s the Connoisseur Kosher Whisky Tour. Our Connoisseur Kosher Whisky Tour is a truly unforgettable experience, blending incredible scenery with fine hotels and visits to at least SEVEN of the finest single malt Scotch Whisky distilleries to be found anywhere in the world. This is a specialist’s tour. It’s for those who approach each glass of whisky with reverence, bordering on the religious.

For those who wish to gain understanding about the nuances of this golden liquid, while enjoying first class kosher cuisine without compromise. Led by a duo: one a whisky expert and the other an expert whisky heathen, this fun tour will also take in numerous natural and city highlights of the Land of the Gaels.

Daniel Zahavi-Asa has two loves. One of them is whisky. Daniel has been a whisky fan for many years and he recently made the trek to the motherland (Scotland) to check it out for himself. He has now decided to share his experience with the rest of the world. His love for whisky developed into maven status, and the opening of his website jewsdrinkingscotch.com. Daniel works in IT taking care of various computer and network issues for his various small office clients in the Jerusalem area. He currently lives in Efrat, Israel with his wife, 3 kids and an extensive collection of single-malt whisky.

Rabbi Menahem Fogel is an explorer at heart. Changing careers after the age of fifty, he became an international tour guide specializing in Far East countries. A traveler through many foreign cultures, his specialization in Japan carried him to the whiskeys of that country. While Rabbi M considers himself a whisky heathen because he prefers the blended kinds over the single malts, a friendship based upon contrasting views of whisky with Daniel Zahavi-Asa brought him to co-lead this tour. Rabbi Fogel and his wife also live in Efrat, and they have three children and six grandchildren.

Glengoyne has been in continuous operation since its original founding north of Glasgow in 1833. The whisky itself is unpeated making it perfect for first timers. The hidden water source, complete with a charming walking path and waterfall, makes Glengoyne an absolutely charming place to visit. As a place with a special whisky as well as atmosphere, you’re sure to enjoy your Wee Tasting tour visit here. We’ll transfer to our hotel in Glasgow where, after checking in, we’ll head over the to the L’Chaim’s Restaurant for dinner. Those who wish can join us later at the famous Pot Still Pub for a few rounds.

After breakfast we’ll head out to Edinburgh to learn all the ins and outs of whisky making at the Scotch Whisky Experience – Platinum Tour. And so as not to miss a day, the tour also includes a whisky tasting!

Afterward, we’ll move to the Royal Mile with its plethora of shops and sights. We’ll have a picnic lunch and be on our way to Stirling Bridge site of the famous battle where the Scots beat the English in 1297 – a battle featured in the film ‘Braveheart’! We’re then headed back to the Hotel to prepare for Shabbat. (You’re gonna need it.)
Shabbat comes in very late in the summer, so we’ll have a festive dinner at L’Chaim’s Restaurant and after attending Shabbat services at the shul, we’ll return to the hotel for kiddush and motzi. Dessert will top off our evening.

A light breakfast will be available for those who eat before service. We’ll attend Shacharit at shul and have lunch at the L’Chaim’s Restaurant. After a nice Shabbos rest, we’ll have Seudat Shlishit and a shiur for those interested. After Mincha/Maariv, we’ll head back to the hotel and have a nice midnight snack.

After breakfast we’ll load up the bus and continue our journey in the direction of Dufftown. On the way, we’ll visit the Dalwhinnie distillery for a tour and tasting.

“Built in 1897 and currently the highest distillery in the country, Dalwhinnie – or “Plain of Meetings” in Gaelic – is named for its location at a junction of old drove roads, between two mountain ranges. Year after year it survives the coldest of conditions to produce smooth, golden heather honey-like spirit.” After lunch we’ll continue up north to visit Scotland’s famous Cairngorms National Park. We’ll transfer to the hotel where we will lodge the rest of the trip. Dinner at the Hotel.

Monday: A touch of Speyside

After breakfast, we’re off to some of the most special distilleries in the world: The Balvenie, Glenfiddich and The Macallan. The group will be split into three. Each group will visit one distillery in the morning and one in the afternoon. We’ll all meet for lunch in between tours.

The Balvenie – “Thanks to natural alchemy and centuries-old craftsmanship, The Balvenie is unique among single malts. Our whisky-making process is dedicated to maintaining the Five Rare Crafts and we are the only distillery in Scotland that still grows its own barley, uses traditional floor maltings and keeps both a coppersmith and a team of coopers on site. And of course, our Malt Master David C. Stewart MBE presides over the all-important maturation process, making The Balvenie the most hand-crafted of single malts.” For whisky lovers, this is the holy of holies.

Glenfiddich – “Winter lays snow on hills rising over pagoda roofs.  Summer colors local fields barley-gold. All year-round spring water bubbles in the glen. As alive as that day in 1886 when our founder William laid the first stones that built one of the oldest family-owned Scotch whisky distilleries. The valley William so carefully chose, the century-old traditions, and the warmest of welcomes remain unchanged to this day.”

The Macallan “Founded in 1824 in the heart of Speyside, The Macallan was one of the first distilleries in Scotland to be legally licensed. Since then it has built a reputation as one of the world’s leading single malt whiskies. The creation of The Macallan draws on the vital contributing influences of Spain, North America and Scotland, and of their respective natural raw materials, combined with traditional methods and craftsmanship. From its founding, through the subsequent owners of The Macallan distillery in the nineteenth and twentieth centuries and into the present century, The Macallan has been recognized for its outstanding quality above all else.”

We’ll return to the hotel for a well-deserved dinner.

Tuesday: The next day...

Thought we’d let you miss one? No way! Those who missed one distillery yesterday get to start off the day by completing the round-robin. Uh… yeah!

Once we’ve been sufficiently inebriated for the morning, we’ll have a picnic lunch and head over to Dufftown where we’re in for a real treat! We’ll meet up with Michelle Myron and embark on her fabulous extended Dufftown Distilleries Walking tour. Michelle is full of life and lots of stories about Dufftown and the surrounding distilleries. She’ll march us around and ply us with an array of appropriate whisky tastings for the next four hours! Yay! We return to the hotel for dinner.

Wednesday: One more time and then something really special

After breakfast we go to the Aberlour distillery for a tour and tasting and the home of A’bunadh! “Steeped in centuries of legend and surrounded by the dramatic Highland scenery of Ben Rinnes, the village of Aberlour lies at the very heart of Speyside, where the Lour burn joins the River Spey.

The exceptionally pure, soft spring water used for making Aberlour whisky is drawn from nearby natural springs. In this special place, the resources of nature and the founder’s passion for making the best single malt combine to make the generously multi-layered whiskies of Aberlour.”
After some lunch we’ll return to Glasgow and visit the Auchentoshan distillery. After our final distillery tour, we’ll return to the hotel. We’ll enjoy our farewell dinner at L’Chaim restaurant and then maybe a short pub crawl for those who are still up for it.

TO ALL TOURS, DATES
AND PRICES

* Price per person in USD double or twin room

There may be changes to the order of places visited. We will make every effort to visit every place mentioned in the itinerary.
The tour organizers have no control over airline services such as seating, special meal requests, changes in departure times or delays. These remain the sole responsibility of the airline company.

Only strictly kosher food is provided to our travelers on all our tours. On some of our tours we are able to provide glatt meals. Kashrut is of utmost importance to us and we take special measures to ensure that everything served is kosher.

Breakfast is prepared using our utensils. We use local fresh fruits and vegetables, and we use milk products when they are permitted. We use kosher cereals, and bread. We usually serve hard boiled eggs and sometimes scrambled eggs or omelets. At breakfast, we prepare our lunches so that people have their choice as to what they eat for lunch. We bring food from Israel to supplement what is served in the hotel such as cheeses, peanut butter, tuna, etc.
For dinners, we serve either fish or meat (usually chicken) as our main course. In areas where meat is not available nor readily acquired, we will have fish. When possible, we acquire the meat locally from Chabad or other reliable kosher source, and in some cases we fly the meat in from Israel. We try to provide as many meat meals as possible. The main course at dinner is preceded by soup and salad and accompanied by freshly prepared vegetables. Dessert typically consists of fresh fruits.
We do not guarantee Pat Israel and Chalav Israel for all destinations.
In many destinations we have our own dishes and silverware. Where we don’t, we provide disposables at the meals. When we cook in hotel kitchens, we use our own knives, cutting boards, pots and pans, cooking implements and disposable metal trays. All food preparation is done on covered surfaces under the strict supervision of our trained staff/guides who function as our mashgichim.
We make great efforts to assure that our travelers will experience local foods first-hand, while maintaining stringent observance of Kashrut laws on all occasions.
On most of our tours, you will be accompanied by two of our staff members- one a guide for the tour who is knowledgeable about the places you are visiting and will accompany you throughout the day and the second, a person who will deal with the logistics of the tour and provide kashrut supervision in the kitchen.

It is our aim to provide the finest hotel possible in each area we visit. We require our hotels to allow us to work in the kitchen and to supervise the cooking and there are many hotels that are not willing to cooperate. They simply have no desire for us to be “meddling” in their cooking process nor are they happy about our bringing our equipment into their kitchens. We work very hard to find the best hotel in the area that will meet our requirements. Because we are not ready to compromise on kashrut, we may not always be able to use a five star hotel.

A $500 USD Deposit per person must be received at the time of booking in order to confirm your reservation. Payment in full is due 60 days before departure. A minimum number of participants are required to operate tour dates. If a minimum number has not been reached prior to tour departure and the tour is cancelled, you will receive a FULL refund.